FORKS IN THE ROAD - My New Life in America

FORKS IN THE ROAD - My New Life in America is the sequel to the memoir After The Bombs - MyBerlin.

After The Bombs concludes when I board the ocean liner that brought me to New York in 1963.

Many readers asked, "And then what happened?"

​​In Forks In The Road – My New Life In America, Heidi Smith reflects on her lifes’ journey with straight-forward honesty. After arriving in New York into the safety of a prearranged job as nanny, she finds a different reality. She quits and takes her first fork in the road to work   as personal chef in Manhattan.                                                             Her stories take us back to New York City in the early sixties. Chance brings her to Vermont where she joins the ski-bum community in the early days of The Sugarbush Ski Area.  Waitressing at a slope-side restaurant leads to marriage and the restauration of a tired 1850’s farmhouse. Soon she became a sheep farmer with time spent as chef for the elite Ski Club 10.

She recalls being a stay-at-home mom in the early days of the Women’s Liberation movement. Follow her as the part-time home sewing job evolves into a manufacturing business, selling designer canvas bags across the U.S. Later she enters the real estate business; takes turns as cross-country and track and field coach; actor; and more incarnations.

She also reflects on what it meant to become an American citizen. One thread is constant in her life – perseverance and an open mind bring unexpected results.

Just like pearls strung together become a necklace, each individual story culminates into this life story. 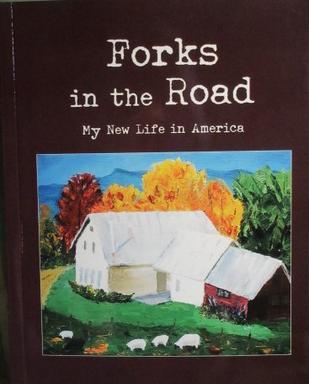 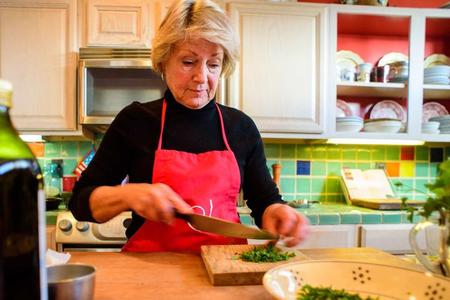 Excerpts from a Taos News Feature -

The Joys of Cooking and Writing 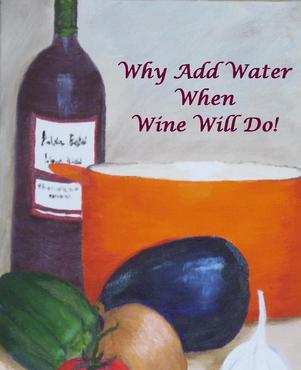 “People were always asking me about recipes, but I thought that there were too many cookbooks out there already,” she said.
She had finished writing her first memoir, “After the Bombs—My Berlin,” and began working on a second part. She planned to
incorporate recipes, but felt that they interrupted the flow of the book.
“So I wrote them separately, just to get them out of the way, and ended up with a cookbook,” she said.
“Why Add Water When Wine Will Do?” is available locally at Wilder Nightingale Fine Art Gallery, Kit Carson Road
Smith has lived in the United States for over 50 years and says she doesn’t think in German very much anymore, so writing in her second language wasn’t difficult for her.
“But I asked my husband, Trent, to review everything that I wrote,” she said. “He tries all my dishes as well.”
With her cookbook, Smith wanted to make sure that people sense the joy and rewards of cooking.
“My goal was for the recipes, from escargot to meat loaf, to be simple,” she said. “Many can be made ahead of time. I’ve done this most of my life, especially when cooking for a crowd, and can assure you that the taste of almost all foods improves for the better when gently reheated.”

Why Add Water When Wine Will Do
Memories of Recipes and Food's Pleasures
This cookbook is filled with fabulous recipes for the home kitchen.
During Smith's culinary adventures as chef and caterer, recipes have  evolved to today's demands for a healthier way of cooking.
* * *
What They Say:
"Cooking is close to magic and, as Heidi demonstrates, it can be very simple. Read the whimsy comments and keep the cookbook handy to create your own memories."
*

"Reading Heidi's cookbook made me more daring in the kitchen. I'm actually looking forward to making the next dinner,"
​*
"Many foods that I've enjoyed but never tried to make, are in this cookbook. I've made Heidi's Hungarian Goulash and just love it. I will make it again and again."